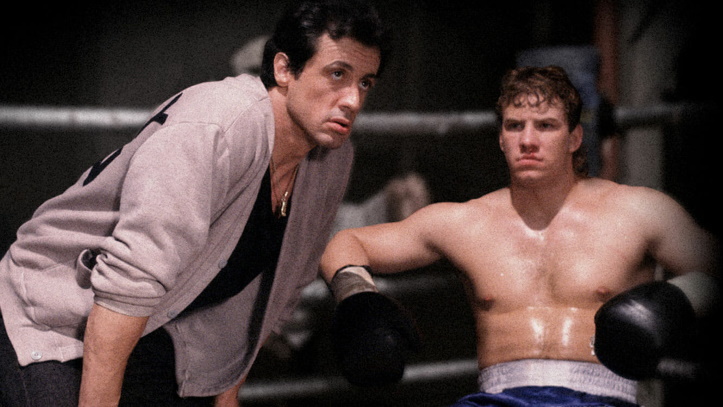 “Get up you son of a bitch! ‘Cause Mickey loves you!”

Justin’s review: If my word was law, and all film studios were forced under penalty of severe newting* to obey it, then my first batch of proclamations would concern sequels. Like many endangered species, sequels are delicate, fragile creatures prone to suffering from the slightest tweak of their habitat. They must be protected and nurtured, not just thrown trash and expected to do one last pony show before dying of starvation in front of their kids.

One of my cardinal rules of sequels is “Never Go Back.” By this, I don’t mean you can’t retouch upon familiar themes, characters and even settings of the original film; I mean that you should never regress a sequel back to the point where everything is simply worse this time around.

You don’t have a glorious, hard-fought victory over space cockroaches only to immediately kill off 75% of the surviving cast and shave the main star’s head bald within the first few minutes of the sequel. You don’t knock the hero down and spend half of the film kicking him while he’s rolling around like a hurt puppy, portraying him or her in a vastly worse shape that you’ve previously established. And you don’t take legends and dump mud all over them, effectively erasing the victories of the past.

Listen to me, Hollywood. Learn from your mistakes. Go forward, never back. Bigger, never smaller. Bolder, never meeker. Do everything the opposite of Rocky V.

Rocky, fresh off his upheaval of the evil Soviet empire in Rocky IV, returns to the states to discover that his plane took six years to land, and his son has become a young teenager. In a pleasant turn of events, he quickly discovers that he has an irreparable brain condition — known as “getting your skull bashed in so many times that your grey matter is more like soup” — and that lovable Uncle Paulie accidentally entrusted the family fortune to a crook. Broke, and without a means to continue his posh lifestyle as a monosyllabic boxing hero, Rocky takes his family and moves back to the Philadelphia slums.

Essentially, in the first half hour or so, they’ve stripped Rocky from every single accomplishment of the previous four films. Heck, even Adrian goes back to work at the pet store, and we all know what they pay employees with**. How’s that for “exciting” and “thrilling” and “a certified blockbuster hit that certainly won’t get clobbered by releasing at the same time as Home Alone?”

It’s in his darkest hour that Rocky discovers the joys of living vicariously through another fighter, Tommy Gunn. He trains the upstart fighter, trying desperately to remember what his old mentor Mickey taught him. Of course, with the brain damage all he can recall are commercial jingles, even though Mickey pops up at the rate of one flashback per ten minutes with some stupid pithy phrase. He’s like Yoda’s cousin from Jersey.

Things get even worse — are you having fun yet? — when Rocky’s dedication to Tommy drives his own son away (who’s actually played by Sly Stallone’s kid), followed by Tommy’s betrayal in signing a contract with another promoter. This isn’t the jocular, feel no pain, tiger eyes, one last shot fighter of yore; it’s a depressed middle-aged man who asks us to join him in watching his world crumble apart.

For the first time since Rocky, John G. Avildsen returns to direct this supposed “final” chapter of the Rocky saga, and he does the same sort of lame “rewind the clock” crud he pulled in Karate Kid part III. Sure, it’s hard to top the U.S.A. vs. Russia match in Rocky IV, and it was not necessarily a bad idea to return Rocky to his roots. It’s just that there were loads of other possibilities to do this than just hit a big RESET button.

Also, what the heck is up with the new, improved Mickey in Rocky’s flashbacks? Mickey was never this nice or articulate; from my recollections, he mostly spent his time growling about “bums” and telling Rocky what a big turd he was. I think Rocky’s memories have been tainted with a foreign substance.

That all said, while Rocky V is certainly a disappointment, and a member of the Sequel Killer Club of the early ’90s, it’s not an awful film by any means. Yeah, they went backwards, and the ’90s veneer strikes me as far more dated than the ’80s lipstick and spandex, but it’s a cohesive film that has a spark of originality somewhere deep inside it. Maybe it was a coda that didn’t need to be told, and maybe it tanked the series in a way that a giant Russian, Carl Weathers and Mr. T never could.

Of course, this is Rocky. It ain’t over ’till it’s over.

*To cover with ticklish newts in the public square. See? Shalen’s not the only one who gets to do footnotes around here!