You know how it is: You, the best judge of good and bad movies in the whole darn universe, is just appalled at how tacky, horrible, screwed-up, boring and lame a particular blockbuster is.  The only problem is that you seem to be the cheese — you stand alone.  Everyone else loves it, with the abiding love of a mother to her firstborn, or perhaps a little boy’s finger to his nose.

It drives you insane, just knowing that you’re surrounded by these… yokels with such askew tastes!  Why can’t most people see the truth like you can?

This happens to me all the time.  So here are my six movies that I can’t believe everyone loves.  And God help you if you’re one of them.

1. Transformers: Revenge of the Fallen

Now, I realize that there are plenty of folks out there who cared not one whit for this movie, but last summer it seemed like everyone I encountered was all bubbly and enthusiastic for Michael Bay’s latest cinematic noisefest.  They couldn’t quite explain why — because there was no rational explanation — and they seemed to have complete blinders on as to what makes a movie good or bad.  I guess it’s first-hand proof that the majority of the public can be shocked and awed into submission in the theaters if the movie is loud enough, explodey enough and not too taxing on the noggin.

I loved me some Moulin Rouge back in the day, and so when Chicago, the next big showtune flick, came out, I was there on day one.  And boy, it was just terrible — no memorable songs, a dull plot, and characters I just plain hated.  Yet everyone went ape for this movie, it was a big thing at the Oscars, and it ensured a successive string of sad, limp musicals (Nine, Mama Mia!).  I blame the public for not clubbing it over the head with a shovel and then leaving in a huff.

I will have my last laugh at Avatar, oh yes I will.  It’s virtually guaranteed, and I’ll tell you why.  The single reason I’ve been able to deduce why crowds flocked to Dances with Smurfs in Space — other than alien bosoms — is the wow factor of seeing a lot of pretty pictures in 3D.  To me, it didn’t seem any more or less real than other CGI films I’ve seen, which left me with a plot that was rote and predictable, a main character who had absolutely no defining traits other than “handicapped”, and so much heavy-handed liberal guilt tripping that I’m surprised it didn’t run for president.

Avatar sucked.  It sucked so thoroughly that it lapped itself and fooled people into believing it was actually great.  And this is coming from a guy who adores 90% of James Cameron’s filmography.

Oh yes, I’m going there.  I’m going to one of the most sacred, hallowed grounds of the previous generations, and I’m going to desecrate them with foul poetry.  That Caddyshack has a terrific cast of the best comedic talent the early 80’s held, I don’t doubt.  It even has some solid moments.  But on the whole, it’s a pretty routine comedy that’s hampered by Rodney Dangerfield’s love-it-or-leave-it (I’ll leave it) brand of boorish humor and too much slapstick that isn’t funny in the least.  It doesn’t deserve to be as revered as it has been, especially considering that far better comedies have been made before and since. 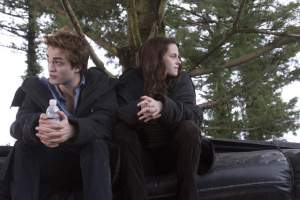 Here’s another series I know has a lot of haters, but whenever they come out, the noise of the Twilight fans drowns out even the loudest boos in the crowd.  What I don’t get is why the followers of Stephanie Meyer don’t ever question how inherently creepy and pathetic it is to fall in love with your stalker, a guy who has to physically restrain himself from killing you, and then become so utterly dependent on him that you cease to be an empowered individual.  I don’t understand why it’s okay for girls and women of all ages to ogle what is purely hunky eye candy, and yet they would hiss at guys doing the same if the situation was reversed.

These movies worked so hard to screw up so many people’s understanding of what proper relationships entail — and I know this because I’ve talked to quite a few girls who want exactly the “Bella experience” with a guy who looks great and has no other personality, and they don’t care about pesky things like being secure on your own and having standards (other than Adonis-like looks) in dating.  My eye twitches when I think about these films, so I’ll stop. 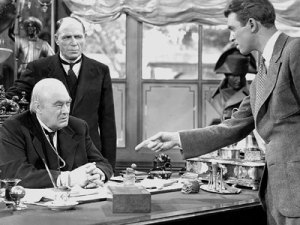 Now I have to wrap this up before Drew speeds over here and strangles me with his bare hands, but man oh man, I do loathe this film.  It probably has a lot to do with its oversaturation around Christmas time, as well as the fact that my parents made us watch it each and every year instead of cooler Christmas movies like Die Hard.  IAWL is a big fat nothing in my book — it doesn’t elicit feelings of any kind other than wanting to avoid it so I don’t waste my time — but I can’t understand why it’s so beloved and so embra… ACKK!  DREW!!   BAD DRWAAACKKK!!!