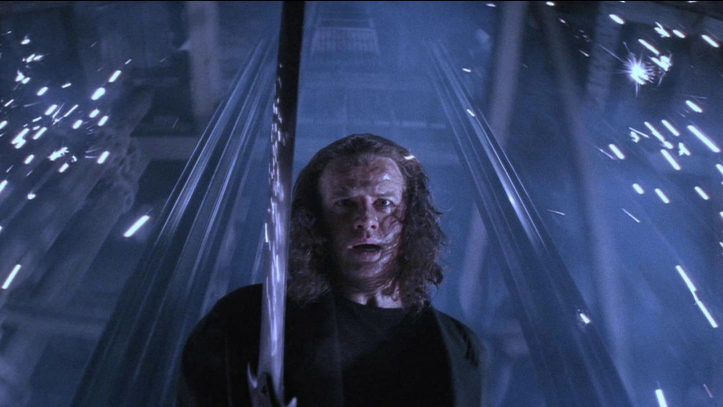 Tagline: It’s a kind of magic.

Al’s rating: Something rotten in the state of Zeist…

Al’s review: I read an article a few years ago that really angered me. It seems that between 2003 and 2004, some high-horsed group of BBC scientists did a meter-by-meter analysis of Scotland’s Loch Ness using 600 separate sonar beams in order to definitively prove the existence of the Loch Ness Monster.

And do you know what they found? Nothing. No evidence at all of Old Nessie. Are you surprised? I’m not. I’m sure they weren’t, either. I’ll actually go out on a limb and say that no one in the whole scientific community, from Stephen Hawking himself to the soccer mom that browses Popular Science on the CVS magazine rack, was blown away by these findings.

So what, might I ask, was the purpose? What could they possibly have wanted to accomplish? Everybody knows, in their heart of hearts, whether or not there’s a million-year-old sea creature swimming around in the Scottish highlands, so why push the matter? It seems to me that their only goal in this little endeavor was to take one more of the world’s mysteries and snuff it out like a burned-down cigarette. They wanted to help make sure no child will ever look out over that lake and wonder if maybe that blurry little shape in the middle of the water might be something more than seismic gas or a floating log.

Movies have the same problem. When we experience something in a film that pulls at that deep, indefinable part of us, we will always ask questions: But, George, *how* do Jedi use The Force? But, Larry and Andy, why did Neo *really* come back to life? But, Joel, what would Batman do if he had to fight someone in an *ice rink?* We don’t actually want answers, mind you, but we ask anyway, and, before we know it, they’re here and are stinking up the joint like that baloney sandwich Kyle left on the counter three days ago. That spark of interest we held is now gone. Answers are, and will always be, boring, stupid, or both. Kristen Shepard shot J.R. The Syndicate is covering up an alien invasion. Jack’s tattoo says he’s a whiny jerk. Snore.

So, do you still have that image of smelly baloney in your head? Good, because it’s time to wade into the deep end of boring, stupid answers and look at the grand-daddy of cinematic bile, Highlander 2: The Quickening.

In 1986, Highlander fanboys across the globe opened the door to another of these accursed questions. “But, Russ, where did the Immortals *come from?*” Of course, this isn’t merely another entry in the long list of Questions That Should Never Have Been Asked, this is actually a question that the good folks of Highlander already answered.

See, about midway through the original Highlander, Connor MacLeod (Chris Lambert) is busily learning the ropes of being an immortal warrior from Juan Sanchez Villa Lobos Ramirez (Sean Connery) and one day asks him the exact same question: What are we? Why are we here? Ramirez answers, “Well, why does the sun come up? Or are the stars just pinholes in the curtain of night?” Simple. Elegant. Essentially he tells him (and us), ‘I don’t know and it doesn’t matter.’ But some butthead, presumably the same guy who spends his free time spot checking Loch Ness, decided that wasn’t good enough and we needed something more.

And what did they come up with? Aliens. Aren’t you glad you asked? Yes, the Immortals are all actually little green men from the planet Zeist, members of a failed revolution that had their memories wiped and are forced to do battle on earth until only one is left standing who will win The Prize and grow old unless he chooses to go back his home planet instead, unless of course another alien goes through the portal at which point he turns immortal again and — Holy Crap, never mind.

The plot of Highlander II, such as it is, revolves around the decaying ozone layer, which MacLeod saved the human race from twenty years ago by erecting a giant evil red bubble over the entire planet. Now in The Future™, MacLeod is an old, broken man and The Giant Evil Red Bubble Corporation controls the entire world by charging astronomical fees to keep everything running and the earth from frying like an egg.

A group of freedom fighters, however, has come across new evidence that the ozone layer has replenished itself and the corporation is just perpetuating the lie to keep itself fat and happy. Led by Louise Marcus (Virginia Madsen — yes, the Oscar nominated one), they set out to uncover proof that the outside world is okay again and take down the shield if it is. Meanwhile, on the planet Zeist, former adversary General Katana (Michael Ironside) decides MacLeod is taking too long to die as a human, and sends some underlings to Earth to finish him off, which only succeeds in turning him immortal again. Oh, and Ramirez comes back to life for some damned reason. You know, I won’t even go into the rest of this. Trust me that it gets even less interesting.

Highlander 2 is almost legendary for its badness — it’s like reading a Goofus and Gallant comic but only seeing the Goofus parts. I really feel there are no words I can string together that will impress upon you deeply enough the enormity of this misfire. It’s miserable on every level. The plot, the dialogue, the fight choreography, the mythology — they’re all bafflingly bad. And, beyond that, the film as a whole is downright bewildering.

There are so many copouts, contradictions, and instances of stupefying shoestring logic that the full extent of the bomb this movie drops on you will likely not even register until well after it’s over. It’ll pop unbidden into your mind at two in the morning and you’ll just think “Wow, that was really, really terrible.” If a typical bad movie is like peeling a banana and finding out it’s rotten, then Highlander 2 is like peeling a banana and finding out it’s an apple. It’s not what you wanted and it doesn’t make sense but it’s still going to take you a few chews to figure out exactly what’s gone wrong in your mouth. Highlander 2 leaves that same taste.

Ramirez: When you need me, you’ll only have to call my name.

Louise: You’re nothing but a tired old man.
MacLeod: More than you know…

Dr. Neiman: You look fantastic. Did you get a facelift?
MacLeod: Something like that.

MacLeod: This is Louise Marcus. Be careful — she’s wanted by the police!
Ramirez: I didn’t realize the police had such good taste.

Blake (to Katana): Oh, I think I’ve had enough of you. Goodbye, Atilla!

Katana: Ashes to ashes, dust to dust. If you don’t use it, it’s going to rust.

Ramirez: Most people have a full measure of life… and most people just watch it slowly drip away. But if you can summon it all up… at one time… in one place… you can accomplish something… glorious.

Ramirez: You’ve remembered almost everything I taught you.
MacLeod: I’ve had a lot of practice lately.
Ramirez: There is no substitute for experience.
MacLeod: What experience? You’ve been dead for five hundred years.

MacLeod: You’ll have to excuse me. I’ve gotten some disturbing news.
Louise: Did somebody die?
MacLeod: Unfortunately not.

Katana: The remains of your mortal wife. So frail. So earthy. So very dead.
MacLeod: At least she’s at peace.
Katana: Peace is highly overrated.
MacLeod: Things don’t change, Katana, I like that. After all these years, you’re still a jerk.

Doctor: They were both dead before the car stopped. I’m amazed they got as far as they did. Gosh, I’ve never seen a mess like that. They must have taken about a hundred bullets or so.
[Connor and Ramirez sit up]
MacLeod: One hundred and eight.
Ramirez: One hundred and twelve, myself. 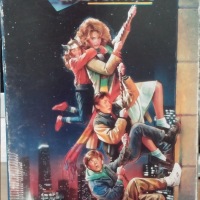 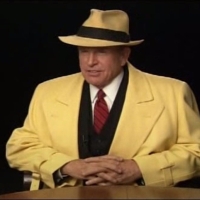 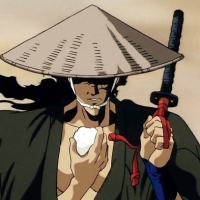