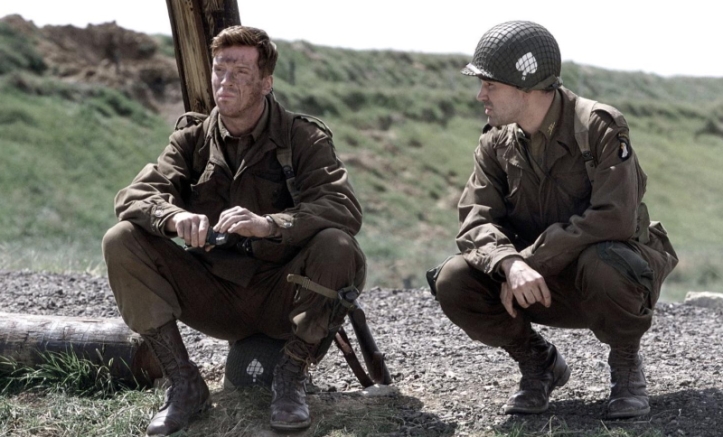 Justin’s Review: Probably a majority of folks aren’t big fans of history. I think this can be safely blamed on dry, date-regurgitating high school history classes, where the past is sucked clean of its juice and presented in terse, meaningless textbooks. History jerky, if you will. Yet if you’re a brave man or woman to get past that prejudice, like me (I’m brave!), then you can discover the truth: History is utterly fascinating, often more so than the best fiction on the market. Real history is real people, real events, real impact made on the world, real battles, real mistakes, and (going for the seventh mention of this word in this sentence) real groovy. For me, exploring past events is key in opening my eyes to where we are now — history provides the context for the world at large.

So when I’m stepping back through history, I avoid looking at it from a current, detached perspective, but instead imagine what it’d be like if I was actually there. What time period would I hate living in? What would I do for a living in the 1800s or the 600s? How would I stand living in cities in an era before underarm deodorant?

Looking back at World War II, it’s a much deeper experience to revisit this time by imagining what it was like to be there (versus just sitting in a modern-era observation booth calmly watching events). To many, to most, the world must have felt like it was ending, that everything turned upside-down and the future was more uncertain than ever. Despite what we know now, victory for the Allies was not certain at the time, and five years of war brought many countries down to their knees.

The acclaimed (and justly so) HBO miniseries Band of Brothers is all about yanking you back in time, and plopping you down in the middle of a group of people who honestly didn’t know how the whole war was going to turn out… or whether they’d be there in the end to see it.

Unlike conventional TV shows, where the writers have to plan for the possibility of many future seasons and thus keep plot lines open, the treasure that Band of Brothers offers us is in the miniseries format: a contained story that has a beginning, a middle, and an end. It doesn’t play to stereotypical Hollywood playbook, because this story is from real life, and real life doesn’t always have a half-mechanical Adolf Hitler in the final minutes shooting rockets at our invincible heroes. No, Band of Brothers almost begins and ends anti-climactically with quiet, character-building moments, bookending the journey of a paratrooper company that saw more action in WWII than pretty much any other US outfit.

Produced as a labor of love from Tom Hanks and Steven Spielberg (and most definitely influenced by their previous Saving Private Ryan), this ten-part miniseries is more about a larger unit of mixed characters (101st Airborne, Easy Company) than one or two high-billing actors. Easy Company was one of the first of the untested Allied paratrooper programs, trained to be elite soldiers who would jump behind enemy lines and accomplish the near-impossible. In real life, that’s pretty much what they did.

Part one, “Currahee,” we are introduced to most of our main Easy Company vets as they go through the rigors of boot camp in the early 1940s. Quickly likable, for the most part, Easy Company is constructed of guys you’d love to have at your back: the responsible, if goody-two-shoes Lt. Winters (Damian Lewis, in a stellar role); quiet squad leader Lipton (Donnie Whalberg); the drinking, congenial Capt. Nixon (Office Space’s Ron Livingston); the “buddy buddy” Lt. Compton (Neal McDonough); and a couple dozen more. The only sour apple in the group is their spiteful and incompetent leader Capt. Sobel (David Schwimmer), who might be a great boot camp instructor but a lousy field commander.

By part two, “Day of Days,” Band of Brothers jumps into the thick of the war: the pre-D-Day massive paratrooper drop into Normandy. From then on, Easy Company stomps all over Europe, taking one of the highest in casualty rates of any U.S. company in the war as they fight through Normandy, the Battle of the Bulge, Operation Market Garden, and the eventual capture of Hitler’s private fortress/retreat, Eagle’s Nest. While each episode might highlight a character or two to lavish special focus upon, the focus of the series is on the company as a whole. We see men grow, change, despair, die, and survive. By the end, as the war dies down, these guys have gone from brave recruits to grizzled veterans who just want the whole thing to be over and done with.

I could say enough about Band of Brothers, but it’d take me at least forty more paragraphs to do things properly. As it is, the series is not just exciting, action-packed and interesting… but the real story it follows makes this for history that can almost be felt. One of the genius moves that the makers did were starting out each episode with brief interview clips from the actual surviving members of Easy Company — but they don’t tell you who they are until the end of the series, lest you get too comfy knowing which soldiers are safe from getting killed.

This was a huge, bold production that paid off spectacularly. This is World War II in a way that movies can’t summarize in a brief two hours; this is real history, presented not just for our entertainment, but also for our enlightenment and for their honor.