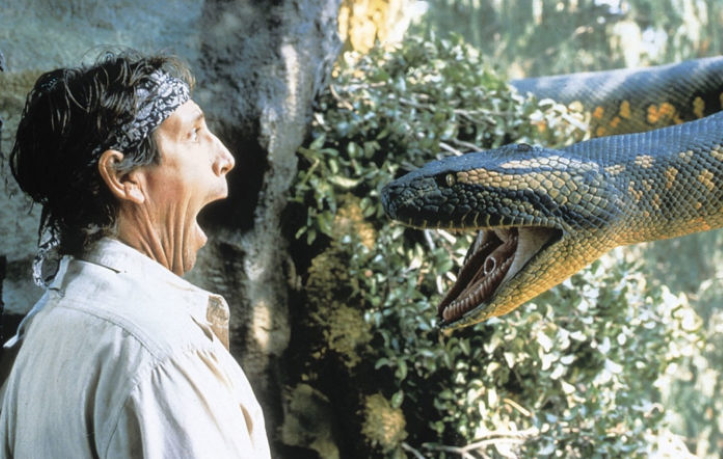 “This river can kill you in a thousand ways.”

Justin’s review: I may not have made this perfectly clear before, but I have a fairly strict “No Swimming in the Amazon River” policy. Even schoolchildren failing algebra know darn well never to set one toe into the Amazon, or else a platoon of piranha will skeletonize you in three seconds flat. A pleasant thought, thousands of little teeth serving up Justin appetizers, but one I’m happy to supplant with the eight new reasons that the movie Anaconda warns about the dangers of river dipping:

It goes without saying that the entire cast of this movie spends the majority of their time willingly going into the river as if it was a YMCA pool. Thus, enjoy the first forty minutes or so of Anaconda, as the actors stand waist- or neck-deep in the most treacherous river in the world, their calm expressions communicating the level of concern about, perhaps, whether their co-star peed in the river and that’s what’s causing the warm currents.

No, if Justin was in this movie, Justin would be screaming like a girl getting a noogie if he touched water, clawing his way up the highest (and no doubt, most poisonous) tree in the region. No penis fish for Justin, no sirree.

Naturally, you can’t expect Anaconda to be a good movie. After all, it’s about a big, sometimes-computerized snake. Yet it turns out that Anaconda is a bad movie with good credentials, and that starts to make it worth your pretty penny.

You’d be absolutely amazed at the casting here. No one in the $20 million payday range, to be sure, but there are quite a few famous actors — who were either on the rise or fall from stardom — that managed to be roped into this year’s Big Snake Flick. Jennifer Lopez is the spunky girl in the tank top, and Eric Stoltz is The Professor to her Mary Ann. They go on an Amazonian expedition to film a documentary about stupid career moves of Hollywood stars, and bring along Ice Cube, Owen Wilson, and cult frequent flyer Kari Wuhrer for the fun of it.

The best of this here cast definitely has to be Jon Voight, an already mentally off-kilter individual, as the Crazy Snake Hunter they pick up for fits and sniggles. Voight sneers as he smiles, his eyes bug out on command, and he talks in the most ridiculous Spanish accent while hissing threats and words of wisdom to those around. He arrives at levels of such manic overacting that you just can’t help but fall in love with evil all over again.

Anaconda very much reminded me of Congo, another “so bad for you it’s got to be fattening” epic of animals gone wild. Both these films compromise between playing the ridiculous plot for laughs and striving for straight-up horror, and that creates a rather palpable mix. Hey, I’d rather digest a campy snake flick that shows a shot from inside the snake of someone being swallowed than a dozen stock teenagers in peril from Mr. Vague Slasher movies. Wouldn’t you?

Sarone: Never look into the eyes of someone you kill, they will haunt you forever. I know!

Westridge: The last time I was in water like this I had to stay up all night picking leeches off of my scrotum.

Sarone: This river can kill you in a thousand ways.

Gary: There’s something down there.
Sarone: I know.
Gary: No, I really MEAN it!
Sarone: I really mean it, too. 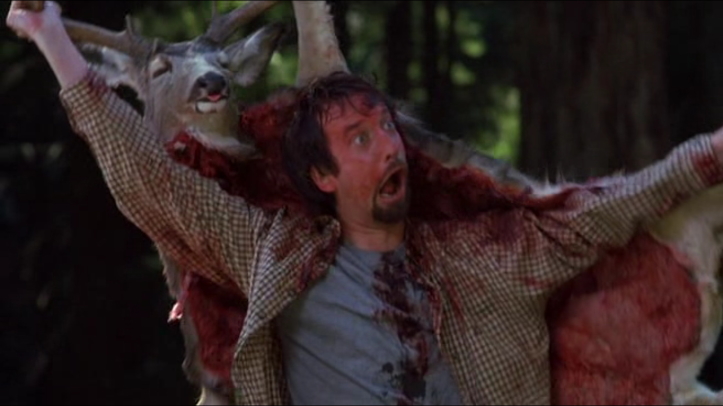 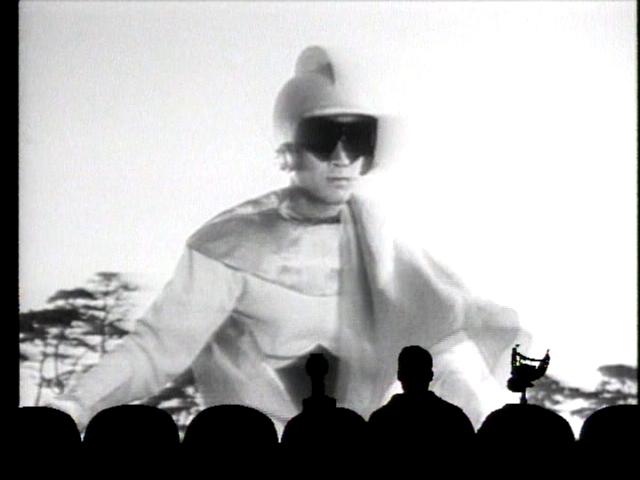 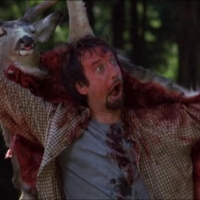 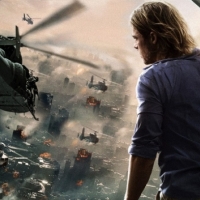 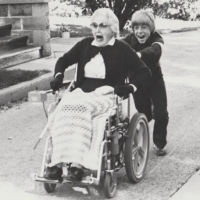