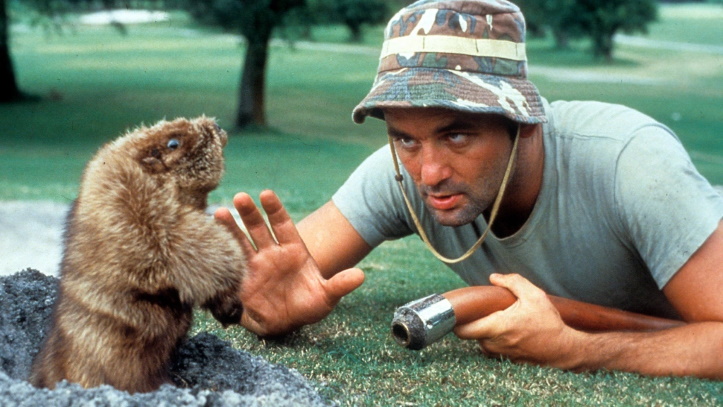 “Last time I saw a mouth like that, it had a hook in it.”

Kyle’s review: On the surface, this is simply an incredibly quotable film that we will always be in debt to for the brilliant performances by Chevy Chase and Bill Murray, as well as for the excellent Kenny Loggins theme song. But dig below the surface and like a magical onion, you will find endless layers of philosophical gold at your disposal, ready and willing to make your life better.

Seriously! Dangerfield, as a rich fun-loving immature guy (pretty much the same character he’ll play in Back to School), shows us how it’s not always appropriate to simply follow the rules. Sometimes you have to be the loud and outgoing center of attention in order to make life fun for everybody else. Some people don’t like you for it? Eh, who cares? Just make sure you tip the service people well so that no matter what, you’ll always be well taken care of.

Life is complex and convoluted at the best of times. Most of us need all the help we can get to work our way through it. Others, like the grandly enlightened Chase, are here to teach us. Not to lead us or tell us exactly what to do, mind you. Like Phil Jackson, Grant Morrison, Sting and Dennis Miller, Chevy Chase (especially in Caddyshack) is here to show us The Way through shared wisdom and thought-provoking advice. If they simply told us straight out what to do, we would never learn for ourselves what we needed to learn. Only by going on our own journeys and overcoming our own obstacles (with occasional hints from those who are older and wiser) will we ever evolve into the beautiful shining beings of life we are meant to become. Or something. If you don’t buy any of that, buy this: Chase is a hoot as a laid back Zen lunatic who doesn’t keep track of his golf score or his bank account, because the destination isn’t important; it’s the journey that matters. Yeah, man.

Murray is the wacky groundskeeper, who shares his stories of caddying for the Dalia Lama when he’s not warring with gophers or ogling whatever women happen to be around. Actually, Murray’s role is to make us see how futile it is to war with animals and the ecosystem, because we will only bring ruin and damnation upon ourselves. Together, we are all denizens of this planet and we must find a peaceful coexistence or nothing will survive. Also, Murray shows us that no matter how slow-witted you are or how odd your lips look, you should always look on the bright side of life.

Yes, what a cornucopia of mind-popping wisdom Caddyshack is. But if cosmic answers aren’t your cup of meat, don’t fret! Caddyshack, though a tad dated, is also a solidly funny romp! Countless films since have copied its story structure (first half follows shenanigans of several lead characters, second half brings the good guys together to battle the bad guys in a suspenseful contest which will literally not be resolved until the absolute last shot [taken by a good guy, of course]) so don’t be surprised if the plot seems familiar. But no other film has managed to copy the wit and charm that Chase, Murray and Dangerfield bring to their roles as golf enthusiasts. Every time I watch this movie I have to rewind the Chase scenes over and over because they’re so darn funny! And insightful, too! So if you’re in the mood for fun, or for some Sacred Holes wisdom, or for both, give Caddyshack a shot! Or should I say a stroke? No, that sounds dirty. Now my review has been cheapened and diminished. Sorry, folks.

Well, okay, this movie isn’t ENTIRELY about a gopher and his adventurous quest to wreck havoc and let slip the rodents of war, but it just might have well been. He bookends the film by doing a little gopher jig, and instigates the climax of the movie by simply not dying.

Actually, I wanted my entire review to be just that first 3-word sentence. Caddyshack is one of those Holy Grail movies that you don’t dare treat with disrespect, since so many people live and die (well, maybe just live and make coffee) by it’s very presence in cinema lore. Publicly hating Caddyshack is about the same as going on a Star Wars forum and saying that Boba Fett is a ninny. You just won’t like yourself afterward.

Don’t worry, fair readers, I am not here to be Mean Ogre Justin and smash everything you hold dear. Caddyshack isn’t a bad movie, by far, but it’s also not the comedy classic that many make it out to be. I had friends back in Colorado who’d spend an entire lunch segment recounting the glorious days when Caddyshack raised America to glorious new heights, where golden rays of gleaming sunshine shone and shined on our land. Yeah. Okay.

Caddyshack is one of those “snobs vs. slobs” movies that were so popular in the late seventies and early eighties. And nineties. To think about it, they’re always popular. Who likes stuck-up rich folk, particularly when slovenly charismatic smartwits go about pointing out the foibles of others? At the film’s rather posh country club, the rich are either megalomatic with power, or neurotic beyond description. This, of course, makes life rather interesting for the caddies, who are treated no better than the rat-eating slaves that they are. By the end of the film, the slobs are vindicated while the snobs are humiliated, which is as the Circle of Life says it should be. Join me now, as we sing the chorus.

You hardly ever see a comedy like this nowadays, because Caddyshack has about six or seven small plotlines that develop more or less independently of each other. There’s the assistant groundskeeper’s (Bill Murray, easily the best role of the film) personal war against a gopher, there’s a caddy who is in love with a rich guy’s daughter, and there’s conflict between Rodney Dangerfield and everyone else. See, Rodney Dangerfield is an element so unstable that it threatens to upset the universe. You may find the guy funny. But you would be sadly, sadly wrong. His bug-eyed look, his loud one-line quips, his abrasive personality… they just don’t fit in with anything I categorize as “comedy”. He’s more like that booming downstairs neighbor you just wish would choke on his tongue or fall unconscious in his toilet bowl. Sure, I like to see the Judge taken down a few pegs like anyone else, but it’s an empty victory when done by ol’ Rodney.

As much as they overuse Rodney, they underuse other comedic geniuses like Murray and Chevy Chase. Caddyshack sparkles best when they’re in the room, but since we get so much time spent with the lackluster caddys, Chevy feels like he just wandered onto the set and was asked to chip in. Really, the biggest mistake they made was not having the gopher headline the whole bit, but what can you ask for when a movie is already 20+ years past its making? Caddyshack earns a trip to the video store in my opinion, but even Happy Gilmore has more in terms of laugh value. Go, speed gopher, go.

Al: Last time I saw a mouth like that, it had a hook in it.

Judge Smails: Ty, I’m no slouch you know.
Ty: Don’t be so hard on yourself, judge. You’re a tremendous slouch.

Al Czervik: Hey everybody, we’re all gonna get laid!

Carl: So I jump ship in Hong Kong and make my way over to Tibet, and I get on as a looper at a course over in the Himalayas. A looper, you know, a caddy, a looper, a jock. So, I tell them I’m a pro jock, and who do you think they give me? The Dalai Lama, himself. Twelfth son of the Lama. The flowing robes, the grace, bald… striking. So, I’m on the first tee with him. I give him the driver. He hauls off and whacks one—big hitter, the Lama—long, into a ten-thousand foot crevasse, right at the base of this glacier. Do you know what the Lama says? Gunga galunga… gunga, gunga-galunga. So we finish the eighteenth and he’s gonna stiff me. And I say, “Hey, Lama, hey, how about a little something, you know, for the effort, you know.” And he says, “Oh, uh, there won’t be any money, but when you die, on your deathbed, you will receive total consiousness.” So I got that goin’ for me, which is nice.

Ty Webb: A flute without holes, is not a flute. A donut without a hole, is a danish.

Ty Webb: You’re rather attractive for a beautiful girl with a great body. 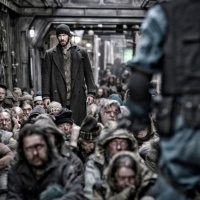 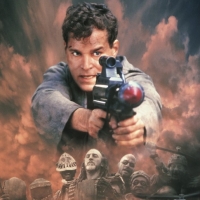