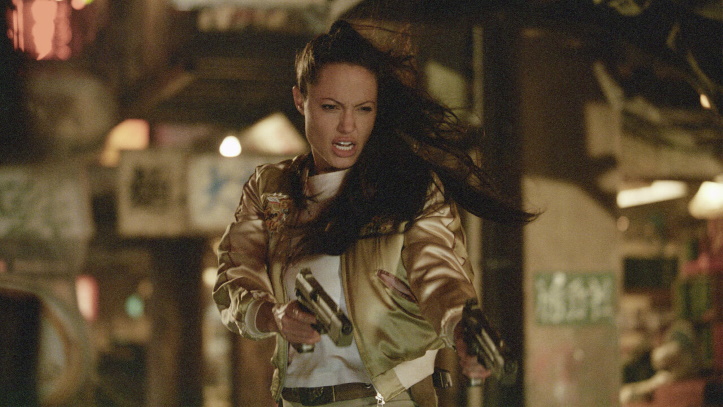 In my last article of this nature, I firmly insisted that I was writing it only to be fair. If Kyle got to drool over five girls, then I got to drool over five guys. Well, I’m not one of those girls that only insists of fairness in her favor. If Kyle’s going to play the gender-bender part and list his top five guys (even if he does cheat), I’ll happily list the top five hot women — at least in my opinion.

I’ll be honest though, I don’t think this is as difficult for me as it is for Kyle. For some reason, it doesn’t seem as hard for women to look at another girl and say “Wow, she’s hot.” Perhaps it’s because we obsess over our own bodies so intensely, and stare at each other like hawks, wondering “Is she skinnier/prettier/dressed better than me?” For guys, appearance is a fact. For women, it’s a competition. Heck, if you open an issue of Cosmo or Glamour, you’ll find almost as many shots of half-dressed women as there are in your average issue of Maxim. To say a woman is hot implies a threat only in that men (or your man) may find her more attractive, not in others thinking that you’re attracted.

Really, when you think about it, it’s very odd.

But that’s not really the point. The point is, who are the hottest women in Hollywood?

I don’t agree with a lot of the lists that have people like Nicole Kidman, Charlize Theron, et cetera. So many times it seems to be “Who’s the skinniest person in Hollywood?” Well, I’m not trying to turn this into a treatise on how actresses should not be ashamed to be normal sized women (I’ll save that for another article), but I DO think so many of the “beauties” are pretty interchangeable. There’s rarely much character to their faces (although Nicole Kidman was a bad example for this point), and the idea of beauty in Hollywood has become so standard that those outside the mold are lost. But not always. The media might not hail them as some of the most beautiful women in Hollywood, but the men I actually know do. And so do I. 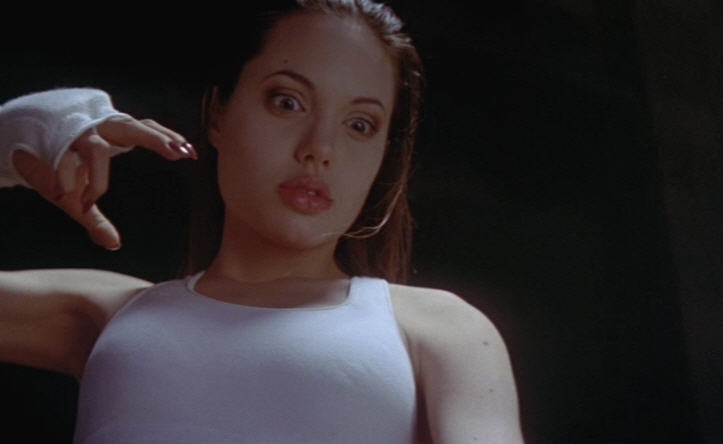 She topped this list with no thought whatsoever, but let’s get one thing straight — it’s not the lips. At least, not as far as I’m concerned.

Angelina is a great one to start off with because she exemplifies how a woman can be slender, but not skinny. Angelinia is FIT, can kick your ass, and it is incredibly sexy. She actually has some muscle definition without being the Hulk or Ms. Bodybuilder USA, and she has fantastic hair. As long as it’s brunette, anyway. Life or Something Like It is a phase that is best forgotten. But you’ve got to admit, the woman has an amazing smile.

Admittedly, Angelina is a little weird. She’s made the gossip headlines more times than I’d care to count, and that tends to be a turnoff to me. But this is the gender-bending issue, and so it doesn’t really matter now, does it? 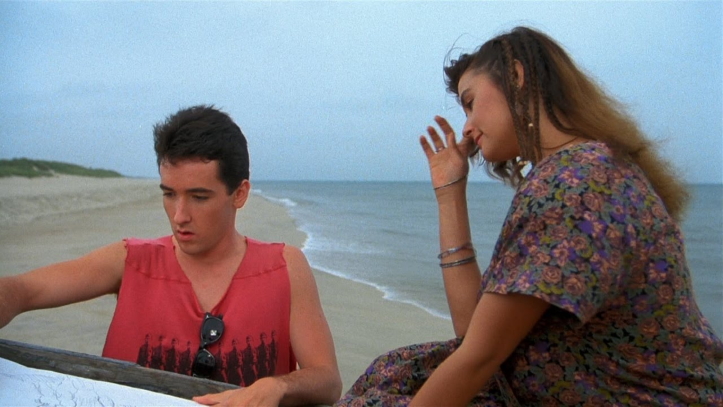 So right after I say I’m not into the gossip column princesses, I pick the queen herself, Ms. Demi Moore. But people, let’s be honest. If I was a single 40 year old woman that looked like her, I would so have a young, pretty boytoy waiting around to satisfy my every whim, although mine would take the shape of Josh Hartnett instead of Ashton Kutcher. I mean, remember what they say about physical maturity, hmm? For all that we shake our heads, I suspect we do it because we ladies are just jealous.

Yeah, when I’m 40 I want young hot desirable bachelors worshipping the ground I walk on. (And merely worshipping doesn’t break my marriage vows.)

Demi is hot because, like Angelina (and pretty much every other woman in this article), she is strong. Sure, she may attribute a lot of it to only eating raw foods (yuck) and yoga or whatever, but when a woman can pull of the physical thing for G.I. Jane (AND look good with a shaved head), you know she’s got something going on. And if I can wear a bikini when I’m 40 and hold my own against three hot younger babes, I will be thanking God… or a plastic surgeon. 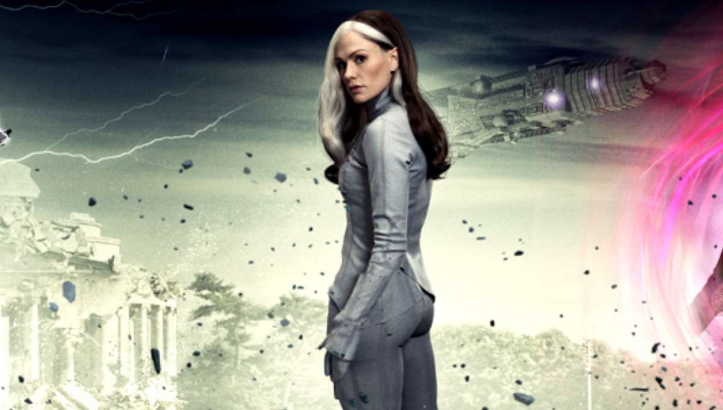 The nice thing about doing this is that I can cite younger girls and not feel icky about it, like I do when I say younger guys are hot. So –I- can say Anna Paquin looked totally hot in black leather in X-Men 2 and not feel icky about it because she’s only 22. Hey, at least she’s legal, right? But it’s only recently that Anna’s really become a true hottie, and as I look at her IMDb picture it occurs to me she looks a bit like a young Demi Moore. For all that I tease Duckie about his blonde fixation, I seem to have a definite “type” on this list.

The thing is I think these ladies are unique, and I think Anna has the potential to be identified that way. She doesn’t look like any of the other 20-somethings in Hollywood. My other choice here would be Jena Malone, who mainly didn’t make the list because she didn’t wear leather.

(You would think for all I talk about it I would own more leather than my shoes and one jacket. Sadly, I do not. Women with hips don’t look that great in leather pants… at least not the ones I can afford.) 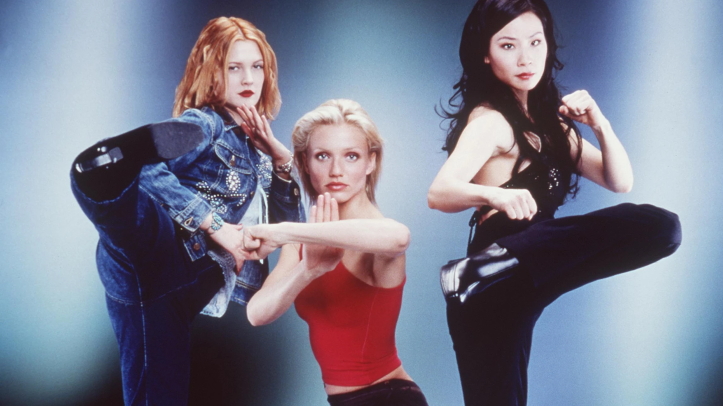 Number 4 was going to be Eliza Dushku, because I totally agree with Kyle and think she’s incredibly gorgeous and should have been in Toby Keith’s “Whiskey Girl” video. (Well, Kyle didn’t mention country music.) But as I wrote my rationalization for Anna Paquin I’m noting too much of a trend here. Long brown hair, athletic, tall, willowy, and even similar facial features. Lucy Liu is much more delicate than any of the above ladies, but she can still kick some serious butt.

Butt-kicking is an essential quality regardless.

It kind of galls me to put Lucy Liu on this list. I didn’t mind the first Charlie’s Angels, but the second one really bothered me. I never liked Cameron Diaz to begin with, but it really kind of soured me on Lucy Liu and Drew Barrymore. It just seemed so… sleazy. Or maybe it’s just I’m really uptight about strippers. So sue me. (Figuratively, please.)

But regardless, Lucy Liu is undeniably attractive. What makes her interesting is she manages to be cute and dead sexy at the same time. The freckles are an especially adorable touch. 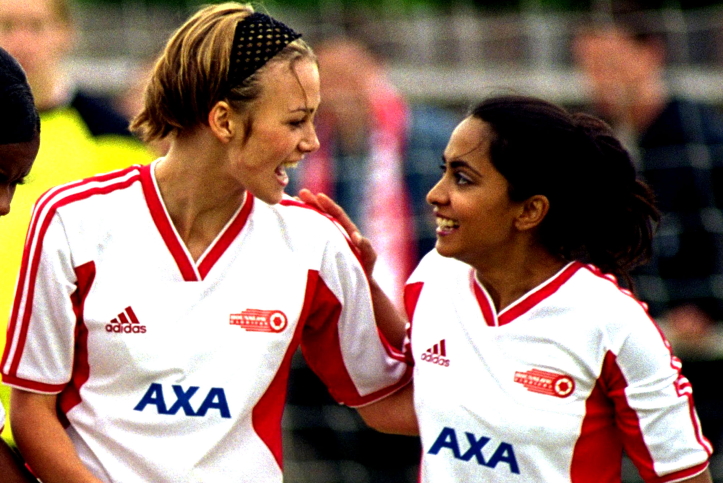 A lot of fuss has been made about Keira Knightly, and yeah she’s pretty, but I always thought Jess was the prettier of the two girls in Bend It Like Beckham. If you don’t believe me, check out the nightclub scene where Parminder Nagra shows up in a drop-dead gorgeous outfit with her hair down and curled. If I could look like that… well, I’d be Indian instead of blonde, but you get what I mean. She just looks so exotic.

I was shocked to see that Parminder Nagra is just about my own age. She passed well for a high school senior in Bend It Like Beckham, and because I don’t watch ER I haven’t really gotten to form an impression of her as anyone outside of high school. She looks totally different on ER, with the short, sleek haircut, but it’s not a bad thing. She just looks more grown up and sophisticated. Or maybe I’m just saying that because I was wearing my hair pretty much the same way when I started my post doc.

Plus, a woman who can seem equally comfortable on an athletic field and in a doctor’s coat is a great role model for young girls.

I find it a bit interesting that I chose all brunettes, but hey, these aren’t all of the memorable ladies in Hollywood. Just the ones that make me sigh and say “She’s gorgeous. I’d love to look like her.” I have no deep insight into why the brunettes, especially since I keep dying my hair the blonde it is (and was until I turned 20 and spent the summer in a lab where, ironically, it went mouse-brown.)

Anyway, there’s my pick for the five hottest chicks in Hollywood. Wasn’t quite as much fun to do as the Men of the Moment, but I’ll cheerfully blame Kyle for that. 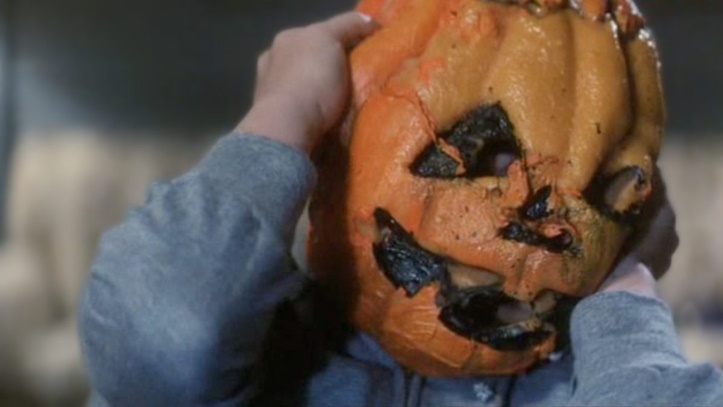