“Never give up and good luck will find you”

Tagline: A boy who needs a friend finds a world that needs a hero in a land beyond imagination!

Justin’s review: I hate growing up, sometimes. Not only does Santa Claus and the Easter Bunny bite the big one, but practically all the things I thought were super-duper cool as a kid are now, in reflection, as dumb as bunt cake. For instance, how cool were the Dukes of Hazzard when I was young? Guys with supercharged cars outrunning the law, and Daisy Duke’s shorts to boot. Now, I realized I was worshipping a show about rednecks, a sheriff’s strange love for his dog, and a couple dolts who were never able to open their car doors. Or roll up their windows, either.

So it was with major dismay that I found myself at a video store not too long ago, and they were showing The NeverEnding Story on the monitors. This was a movie that my parents had deemed okay for our youthful consumption, and thus my brothers and I must have watched this particular fantasy adventure about 200 times, at least. So I leaned against a video shelf and indulged my now-adult brain in a bit of nostalgia, only to be shocked to realize that The NeverEnding Story is so painfully geared toward kids ages 4 to 6. I was thus saddened. After all, how could a movie involving a flying pink dragon NOT be cool?

The NeverEnding Story isn’t a bad movie, it just plays like a fantasy story that might make sense to kids who write stories with no necessary continuity or exposition. Stuff happens, and you don’t need an explanation, mister! And this dragon happens to be pink, because Timmy from the costume department LIKES pink! Okie-dokie.

Bastian is a sad little kid, because his mommy died. Aww. In these Disneyish movies, if a kid has one parent die, the surviving parent automatically becomes a complete tool. Keep a close eye on his dad, who at one point drinks raw eggs (this was the mid-80s, where the world thought raw eggs could solve every problem known to man). Dad doesn’t care about Sebastion one wit, so Bastion ends up roaming around a large city by himself. He stumbles into a strange book shop where this old wizened guy, straight from Gremlins or something, is reading this large book. The old man deems the book to risky for Bastion to read, so naturally Bastion steals the book at first opportunity. Keep in mind, for the rest of the film, that Bastian is not a good little boy; he’s a dirty little THIEF.

Bastian sneaks into his school’s attic to read the tome. The attic is perhaps one of the scariest locations ever located in a public school, and I include Sunnydale High in that statement. So here we have a kinda cool idea: Bastian starts reading this story, which takes to life on the screen, and is somehow tied together with his “real” universe.

In this new fantasy land, something bad is happening. Tons of muppets and John Belushi (really) are running away from a loud rumbling, which the creatures call The Nothing. The Nothing is destroying all the land, and is about the most idiotic idea for a movie bad guy I’ve ever heard of. Movies are a visual forum — how much sense does it make to have this badness that you can only refer to, because you can’t show it, seeing as how it’s NOTHING?

Some wimpy named Atreyu goes on a quest to find out why The Nothing is on a cranky rampage and how to stop it. There’s a big fake black jaguar following him, but that’s just a plot device and we can pretty much ignore it.

One of my favorite scenes arrives as Atreyu leads his horse through a swamp, which has some magical powers (the swamp) of making people sad. So the horse gets depressed. Seriously. And then sinks into the bog and dies. Seriously. Because it was sad. A sad horse. As an adult, my like-minded friends and I find this a raucous hoot. We have never found anything as funny as Atreyu begging his horse to be happy again, except for maybe Bambi’s dad saying, “Your mother won’t be coming back any more.” Anyway, I highly recommend this scene to guys, but don’t watch it and laugh in the presence of girls, because they grow up to consider horses grace and perfection and begging for their manes to be styled. You’d probably get hit or something if you laughed at Prozac Horse, sinking as if he’s going down on a freight elevator (to be fair, the horse might’ve just been trying to get out of its contract).

Atreyu is rescued from the sad swamp himself by the aforementioned pink dragon, a creature just begging to be explained. Evil might have scary jaguars and almighty Nothingness, but good’s got… fluffy marshmallow pinkness! Atreyu and dragon go to this place where he has to undergo a series of trials in order to talk to a Sphinx, and one of these trials scarred me in my childhood. He’s walking between two statues that shoot laser beams from their eyes (no kidding), and looks down at a knight, whose visor flips up to revealed a bloody charred face. Yes, I was a wimp, but man, that was scary crap for a kid!

Bastian, in the meantime, has been reading and narrating, and hanging out in the school attic long past last bell (now adding trespassing to his list of crimes). As The Nothing takes over Atreyu’s world, Bastian discovers that it’s up to him and him alone to save the imaginary book’s universe from extinction. There’s a little child princess (no one in this movie is over 14), and then things get goofy before the end.

The NeverEnding Story is less a serious fantasy realm than an excuse to show off a bunch of puppetry, which admittedly is pretty well done. I always loved the idea of being drawn into the books that we read, and there’s a spark of truth from the message of the movie about that.

But really, it all comes back down to that freaky big pink dragon. Sigh. I might love the ’80s, but I’m not so blind as to question some of their obvious errors when it came to color coordination.

PoolMan’s review: Like Big J, I was allowed (forced?) to watch The Neverending Story probably dozens of times as a kid. I’m pretty sure that’s true of most North American 20-somethings these days. We all hang out in nightclubs listening to funk music and asking each other what our favourite scene from Neverending Story was and drinking rum and cokes until we fall asleep at 10:30.

Whoa. That’s pretty early in a review to lose my point, even for me. Never mind.

Details of my personal life aside, this movie presents a mighty interesting conundrum. Everybody’s seen it at LEAST twice, and you probably don’t have much of a desire to see it again. And yet I guarantee you, next time you happen to see it on a TV somewhere, doesn’t matter where, you will laugh a nostalgic laugh, crack a joke at the effects, and then sit down to watch every single second left of it. No need to rewind, mind you, but your butt is glued to the floor until Bastian leans out the window and yells “Hossenfeffer!” or whatever he names the Empress. Nobody seems to openly fawn over TNS, and yet it could be used as Gen-X bait at the top of some gruesome pit trap.

So where’s the appeal lie? Face facts, this movie is plain ass W-E-I-R-D. Take stock of your characters. Wimpy boy who enjoys sitting in attics and talking to himself. The egg drinking father. The doofus man-mountain who feels he needs to work out more. The pink dragon who doesn’t look so much like a dragon as a really mistreated dog that laughs a lot. A panther that looks at least 1/4 wolf and likes to paint (you tell ME who put those paintings there). A rolling bank of black clouds. A whiny Empress who needs a fake ID. That Jedi with the big forehead from Episode 1. A turtle who celebrates the arrival of his first visitor in millennia by coating him in mucus. And an effeminate boy running around in native American pyjamas trying to look macho with his weapons and depressed horse. I ask you: what in the hay-ell?!?

Speaking of weirdness, I always had a bit of a problem with the trials Atreyu goes through to meet the Southern Oracle. He doesn’t so much pass the first trial, he just ran faster than the barbecued knight in the armour. And as far as the “look at yourself in the mirror and try not to go insane” trial goes, that doesn’t play too well on screen. Atreyu looks at himself, freaks out, and then stops freaking out after Bastian takes a Valium. He then decides to walk through glass, and for whatever reason, it works. And this whole scene takes place under heavy snowfall in an area that lies between two deserts.

All that aside though, it’s tough to argue the fact that this movie was quite empowering to kids. The three figures of the powers of good are all children. One rules her empire. One is a free roaming warrior. And the third ends up getting as many wishes as he could ever dream of. It’s neat for kids to see other kids succeed like this, and I know I wanted my own flying dragon when I was young (though I would have picked green, or something). But as we grow into adults, we start to take on the cynical nature that the movie protests so defiantly, and suddenly it seems pretty ridiculous that Atreyu doesn’t end up as Jaguar/Wolf Chow in the end.

I know The Neverending Story is a kids’ movie, but there are those kids movies that age well, and those that don’t. It’s safe to leave your kids with, and they’ll probably enjoy it as much as I did back when I was there age. But while I’ll always have a soft spot in my heart for a cackling, toothless old elf urging a preteen warrior between two well-endowed sphinxes with laser eyes, it just doesn’t grab me like it used to.

Falcor: Never give up and good luck will find you.

Engwook: The sphinx’s eyes stay closed, until someone who does not feel his own worth tries to pass by.

Mr. Koreander: The video arcade is down the street. Here we just sell small rectangular objects. They’re called books. They require a little effort on your part, and make no bee-bee-bee-bee-beeps. On your way please.

The Southern Oracle: If you want to save our world, you must hurry. We don’t know how much longer we can withstand The Nothing. 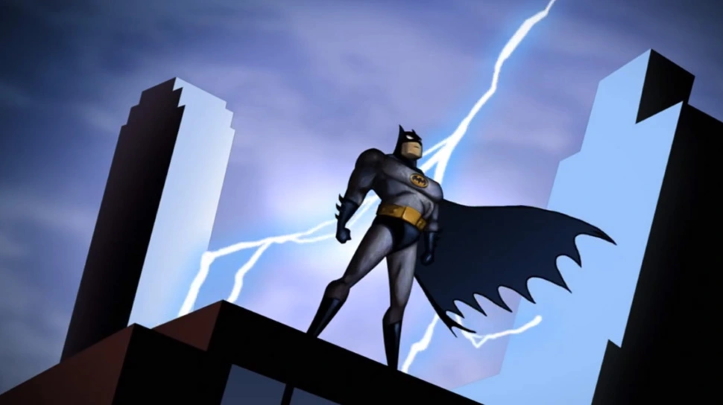 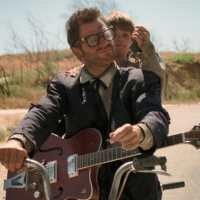