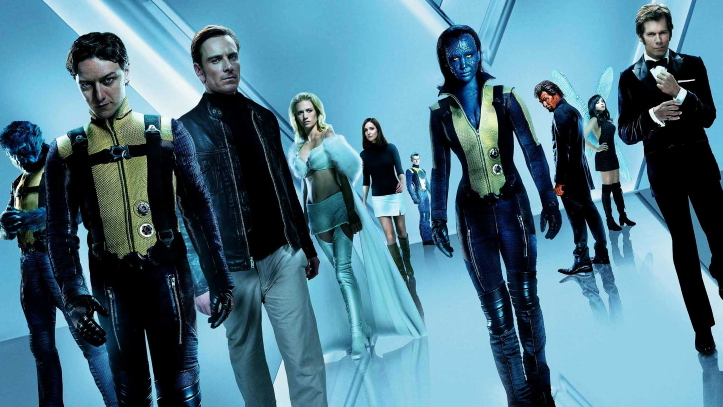 “Tomorrow, mankind will know that mutants exist. They will fear us, and that fear will turn to hatred.”

Summary Capsule: We head way back to the 1960s to see how the original X-Men — and Brotherhood of Mutants — began

Justin’s review: While I’m a dyed-in-the-wool true blue fan of sequels (the worse the better), I can’t say the same for prequels and reboots.  Hollywood studios always love to go “back to the beginning” at some point, but it rarely works out.  Either they have to completely start over — and thereby erasing all of the previous works we’ve enjoyed — or they’re hemmed in by the necessity of maneuvering the pieces on the board so that they end up in the right places for the original movie.  Suspense and concern for character well-being is replaced by mild curiosity as to how the screenwriter’s going to pull off this hat trick, and even if they’re successful, there’s always the question of “What next?”

X-Men: First Class is an interesting case study because it feels both like a prequel AND a reboot, but it largely avoids the pitfalls of both.  It’s a reboot in style and storytelling, especially after the lackluster X-Men 3 and X-Men Origins: Wolverine, but it deliberately preserves the events that followed instead of scrubbing it bare.  This is welcome, because I feel that the X-Men series (the first two movies in particular) still stand as some of the most excellent pieces of comic book cinema today.  Plus, I’d always rather see a universe expand rather than contract.

One of the interesting aspects of the first X-Men is that it begins in media res, with mutants already out there and two established mutant camps (the X-Men and Brotherhood) nipping at each other for supremacy.  In First Class, we’re treated to the backstory behind all of this.  How did Professor Xavier’s School for Gifted Youngsters begin?  What’s the deal behind Professor X and Magneto’s frenemy status?  What have all these mutants been doing since the era of World War II?  Now we kind of know the answer.

First Class takes place during the Cold War era of the early ’60s, which gives it a wonderful feel as a retro period piece.  Charles Xavier and his best bud Raven (AKA Mystique) reveal their status as mutants to the U.S. government after learning that there’s already a team of nefarious mutants trying to start a nuclear war.  The government agrees to fund this black ops project, so Charles begins to make contact with mutants around the globe, including his soon-to-be best friend Eric Lehnsherr (better known as Magneto).  The team may be full of raw recruits, but the clock is ticking as the Cuban Missile Crisis heats up, and they’re soon called into action.

And speaking of action, you’d probably be surprised to learn that First Class isn’t as action-packed as you’d expect.  Oh, sure, there are doozies when it comes to set pieces, but a great amount of this film is spent building up the characters, setting up the situation, and giving gravitas to a genre that’s shamefully quick on selling out to cheap storytelling devices.

Generally, everything works, even though the story has to wedge in around a dozen major mutants or so.  My inner fanboy was pleased as punch to see a lot more of the Beast this time around (his origin story is definitely the best), and there are a ton of laugh-out-loud nods to the original films, including  a couple cameos that I would be loathe to spoil.

I’m hard-pressed to criticize much here, although I will say that Emma Frost — the actress and the character — did not work as well as I think the filmmakers were hoping.  She looked like a major grump, and after a while I was rolling my eyes whenever she came on the screen.  What DID work exceptionally well was the attack on the CIA base (which was amplified as the terrified mutant kids huddled instead of fighting back) and the expanded backstory on how Magneto learned about his power.  It was really nifty how they went back to the first film and worked in the Nazi Germany scene into something even more poignant than before.

All in all, top marks to this first class of X-Men, and here’s hoping that it puts wind back in the sails of this franchise!

Professor Charles Xavier: Listen to me very carefully, my friend: Killing will not bring you peace.
Erik Lehnsherr: Peace was never an option.

Erik Lehnsherr: Tomorrow, mankind will know that mutants exist. They will fear us, and that fear will turn to hatred.

Professor Charles Xavier: I suppose I am a professor now. Pretty soon I’ll be going bald. 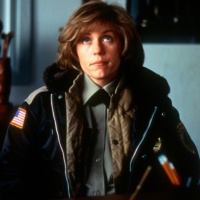