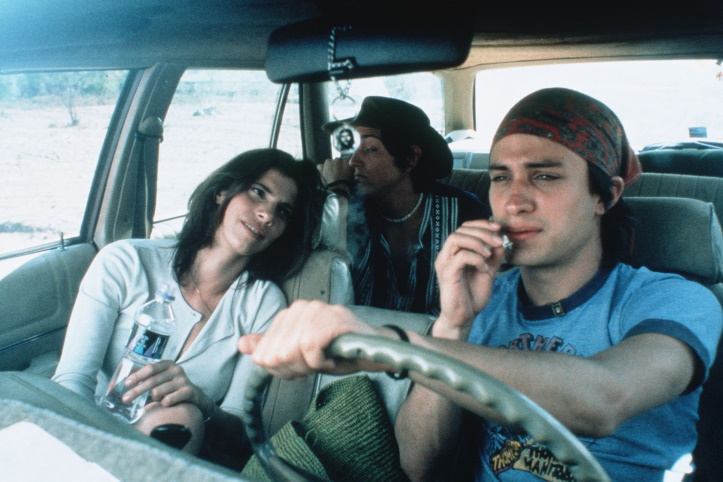 DnaError’s rating: An orgasm of a movie

DnaError’s review: I’m not the type of person who goes to art-house movies. I don’t wear black turtlenecks or stroke my goatee or know who Wim Wieners is (Note: I do). So, it takes a lot to make me see a forgein movie playing in a small theater. “Come on!” Simon said. “It will be fun! It’s Mexican! You love tacos!” and so on. Finally I agreed on the condition that he pay for the popcorn and coffee.

I couldn’t believe what I almost missed.  Y Tu is, without a doubt, the most daring, weird, funny, wild movie I have seen in a long time. The kind of movie that makes you think about movies in another way, makes you blink at the world differently.

Potent, crude, funny, wild, and beyond anything seen in the States,  Y Tu Mama Tambien should be required watching for anyone with reproductive organs and a love of life.

Tenoch: What kind of friend is always hiding?