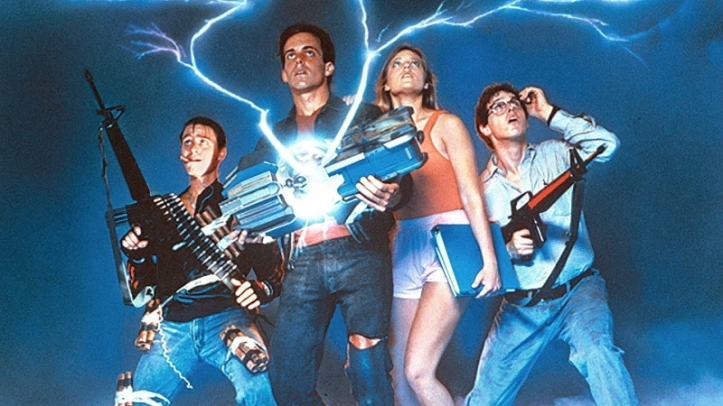 Part of the joy of reviving Mutant Reviewers is that it also revived my interest in rooting out cult movies that I haven’t watched yet. As the year went along, I spent an increasing amount of time hunting for offbeat and culty flicks that I haven’t seen yet. It’s been a real joy to be able to share these with you, and in the absence of any year-end awards show, I thought I’d give you my top 10 favorite cult discoveries from my viewings this year. Enjoy!

It took a little while to warm up to this kooky Karate Kid knock-off, but by the final third of this movie, I was right on board with the over-the-top acting, Bruce Lee ghost cameos, and the mother of all ’80s training montages. As a plus, it even has better karate than Karate Kid… is that blasphemy?

It wasn’t quite up to the level of Back to the Future — or even Weird Science — but My Science Project offers its unique brand of geek adventure even so. With a motorhead as its hero, the movie gradually ramps up to a wild adventure through a history-infested high school that has to be experienced at least once.

#8: Dora and the Lost City of Gold

Yeah, I’m just as surprised as you are. But this live action adaptation of the over simplistic kids’ cartoon took a cheeky and off-kilter approach to its source material. Seeing a jungle-competent, insanely optimistic Dora go on adventure with new friends has some gut-bustingly funny moments when you least expect them. 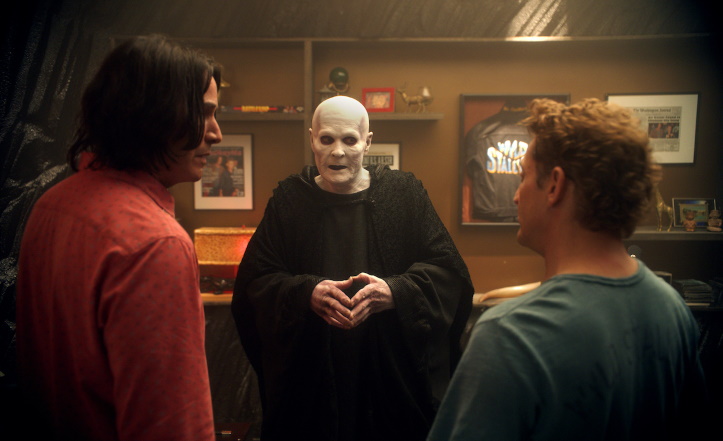 #7: Bill and Ted Face the Music

I don’t think you could’ve found anyone more excited to watch this movie than yours truly, considering how much of a Bill and Ted fan that I am. And it was… decent? It had moments? They weren’t able to recapture the old magic, but gee whiz, they gave it their best try. If nothing else, it was a hoot to see Keanu Reeves and Alex Winters reprise their old roles with such gusto.

Heather and I had a good time investigating Dolph Lundgren’s mostly forgotten late-80s incarnation of Marvel’s Punisher. It actually came across far better than I thought it would, considering some of the contemporary superhero films of the time. The over-the-top action is really what sells this.

Because I’d effectively stopped watching movies for a half-decade now, my catch-up list was lengthy indeed. Alien: Covenant was at the top of this list, and boy was I not disappointed. Far better than Prometheus — or, really, any movie since Aliens — Covenant ended up being a terrifying, gory return to the series’ roots. I’m very interested to see what the upcoming TV series might hold for this franchise as a result.

Mystery Science Theater 3000 made this movie famous, but to be honest, it stands just as well without Mike and the bots joking along with it. What we have here is a ridiculous budget scifi movie that ripped off Battlestar Galactica, spends half of its time in a factory, and makes the beefiest man in the universe its leading star.

This wasn’t my first time discovering it, but I had long forgotten about this John Woo/Claude Van Damme masterpiece of Die Hard in a Louisiana bayou. The action in particular is bone-crunchingly awesome, and you may find as I do, that this may be Van Damme’s best movie.

#2: Challenge of the Superfriends

Definitely my biggest project this year was watching through and creating minute-by-minute commentary for 15 episodes of the 1978 Challenge of the Superfriends. I had a BLAST doing this, if you couldn’t tell. It’s a hilariously bad show with so many continuity and editing errors, puzzling plot twists, and totally lame dialogue.

And my number one favorite cult discovery for the year was…

How did I not know that the sheer amazing radicalness of Miami Connection existed until now? Shame, shame on me. Anyway, I was absolutely bowled over by how this movie managed to be the absolute nadir of ’80s, with ninjas, rock bands, martial arts obsession, shirtlessness, and crazy fashion. If there’s one movie from my viewings this year that I would impress upon you as a must watch — Miami Connection is it. See it, then see it with the Rifftrax commentary, and then thank me.